Not only does the fuse board distribute the incoming supply to smaller circuits, it also has many safety devices giving the user complete protection against direct or in-direct contact with electricity and also against fire. However, this is only when the fuse board is up to date and in line with the latest regulations. In the UK, many homes still have outdated fuse boards with old fuses installed, which generally offer little or no protection against contact with electricity. A replacement fuse board installation would improve both safety and electrical efficiency.

At Green Electrical we have a product criteria that matches our installation work, which is quality, proven and well manufactured materials. When it comes to domestic fuse-boards, we will only install the leading brands such as:

Hager is a leading brand in the industrial, commercial and residential distribution sector. Hager has a huge product range on commercial distribution boards, domestic consumer units, Residual current devices (RCD), miniature circuit breakers (MCB's) and RCBO's. With a UK factory and warehouse, Hager is one of our go to brands.

Wylex established in 1897, there is not too much that this brand does not know about power distribution. Green Electrical installed our first domestic consumers in 2008, which was a Wylex fuse-board and have been installing them ever since.

Today, modern fuse boxes are fire rated, which are a must-have for fuse boards installed under a wooden staircase or in emergency exit routes, such as hallways. We can advise based on the location of your fuse board installation.

A modern consumer unit is fitted with a residual-current device (RCD) which provides additional protection to your property. They are fitted with mini circuit breakers (MCBs) which give protection to each individual circuit within your home, meaning no more fuse wire to replace in the dark when the lights blow! Most fuse boxes come with a split load facility, where you can separate upstairs and downstairs circuits across 2 or more RCD’s.

Since the 18th edition wiring regulations, there are a few more other factors to consider when installing a customer unit, such as Arc fault protection and Surge protection Devices.

What are Arc Fault Detection Devices?

AFDDs is an arc fault protection device which are installed within a consumer unit. Within built waveform technology, they are unable to detect any unusual electricity patterns, which could represent an arc on the circuit. Like any other protection device, the AFDD will be activated, shutting off power to avoid any potential fire risk. Similar to an RCD or an RCBO, a AFDD are fitted with a test button which can be regularly tested by the end user.

What is an Surge Protective Devices (SPD)?

Surge Protective Devices (SPD) is a device commonly installed within a consumer unit or nearby, which protects the electrical installation from electrical power surges known as transient overvoltage’s.
Sensitive electronic equipment that is plugged into a domestic electrical installation, such as computers, televisions, washing machines and other everyday electronic devices would benefit from an SPD. In a commercial installation, safety circuits, such as fire detection systems and emergency lighting would also benefit from a Surge Protection Device, which adds addition protection for power spikes to these vulnerable and sensitive pieces of equipment.

The effects of a surge can result in either instant failure or damage to the equipment only evident over a longer period.

get in touch
WHAT WE’RE KNOWN FOR

Reliable
We're registered member of NICEIC, which means you can be assured of both our professionalism and our expertise.

Knowledgeable
We offer a full range of electrical services to suit your needs - from moving a light switch to complete house rewires.

Trust
We offer an extensive guarantee on all of our labour and why we abide to strict company policies at all times.

London Coverage
If you're looking for reliable electrical engineers in London, look no further than Green Electrical & Maintenance Services.
OUR SERVICES

Why Choose Green Electrical to Install your Consumer Unit?

Our St albans & London-based electricians are fully qualified in both commercial and domestic consumer unit installation and replacements. For more advice on or to find out whether your fuse-board is out of date, please see our FAQs or get in touch on 0800 051 9324. 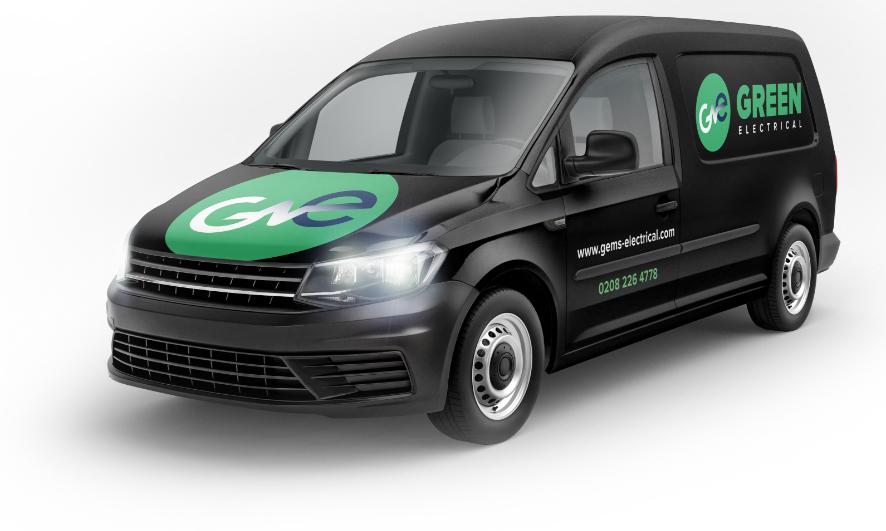 What our customers say
WHAT OUR CUSTOMERS SAY
Prompt, professional and pleasant
I have recently used Green Electrical and Maintenance to carry out remedial work at two properties and found Paul extremely knowledgeable and creative in problem-solving. He clearly explained what work needed to be done and suggested practical solutions to problems. Compared to some contractors Green Electrical's response is timely - Paul replies promptly to emails and phone calls. In addition the costings are transparent - the invoice exactly matched Paul's verbal estimate and broke down exactly what each item had cost so there was no room for confusion or doubt. I would highly recommend their services
Satisfied customer St Albans - Hertfordshire
WHAT OUR CUSTOMERS SAY
Electrical Condition Report - Harpenden
Green electrical performed two installation inspection checks for us on a property we were trying to buy. They were responsive, polite and knowledgeable of the report that we requested. We were able to schedule them into to run the test in a short timeframe, and the report was professionally compiled and returned to us very quickly. We really appreciated the service we received, and would definitely use again, and recommend.
Stuart Harpenden -Hertfordshire
WHAT OUR CUSTOMERS SAY
Very Efficient
I contacted Green Electrical and they responded very quickly and scheduled the work in a very short time. It was completed on time and for the agreed price. They are very professional and I was impressed with the online quote/acceptance process.
St Albans resident St Albans - Hertfordshire
WHAT OUR CUSTOMERS SAY
Changing pendant light and down lighters.
Very fast work, friendly and helpful.
Mrs Close-Brooks London
WHAT OUR CUSTOMERS SAY
New double dimmer switch rewired and fitted
Appointment given within 24 hours of phone call. Arrived exactly on time. Good workmanship speedy, efficient and and tidy. Would recommend.
Sandy London
WHAT OUR CUSTOMERS SAY
Fitting new power plugs, external and internal light appliance and mains Co alarm.
Excellent work, I can’t recommend Green Electrical highly enough.
Mrs Christine London
NOT QUITE WHAT YOU’RE AFTER?

We don’t outsource to sub contractors

Electrician
Ryan is our latest team member having joined in January 2019. Being a local lad from Dunstable, Ryan is a fully qualified electrician. Ryan has back ground knowledge of fire alarms and also has a level 3 in public services. Ryan is a Arsenal support and enjoys playing football for his local team.
view all
FREQUENTLY ASKED QUESTIONS

Have you turned it on and off again?

How often should I have an electrical inspection done?

Unsure if your electrical installation needs testing or is safe?....Lets take a look and see if we can help.

...
read more
My lights have stopped working what shall I do?

Have you lights stopped working?....Lets take a look and see if we can help.

...
read more
My RCD has tripped and won’t reset, what shall I do?

Having issues with your RCD?....Lets take a look and see if we can help.